Zone B in the Area Marina Protetta (protected marine area)

Low
for both routes 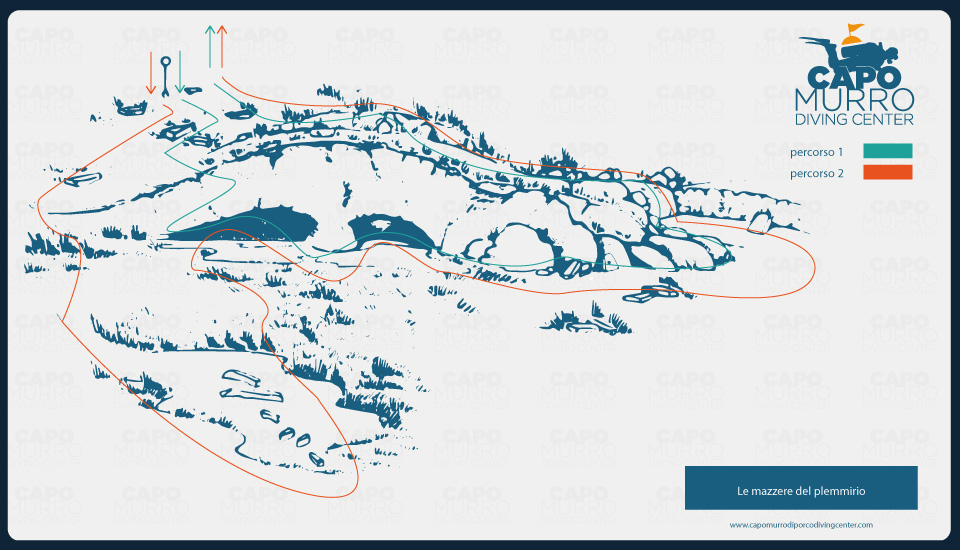 A wall dive suitable for all levels of divers as it poses no real difficulties. Upon reaching the seabed carpeted in Neptune grass, we head towards the west and come across a small step that goes from 17m to 19m and a ridge which drops down to 25 with a maximum depth which gradually falls to over 30m.
The entire area is covered with excellent examples of Pinna nobilis (Fan mussels) and numerous square blocks of white stone, evidence of the close proximity to the Tonnara of Terrauzza .

Following the coastal ridge to our left we see in the past the cave, the ridge slants downwards. In parts the rocky wallsl appears barren and in other areas are covered in Neptune grass.
Following the ridge to our left, we find a canal at right angles to the wall. Peering inside we can see an incredibly large example of a Fan Mussel.
From this point we begin our return journey accompanied by Wrasse and Brown Meagre which calmly swim amongst the Neptune grass. 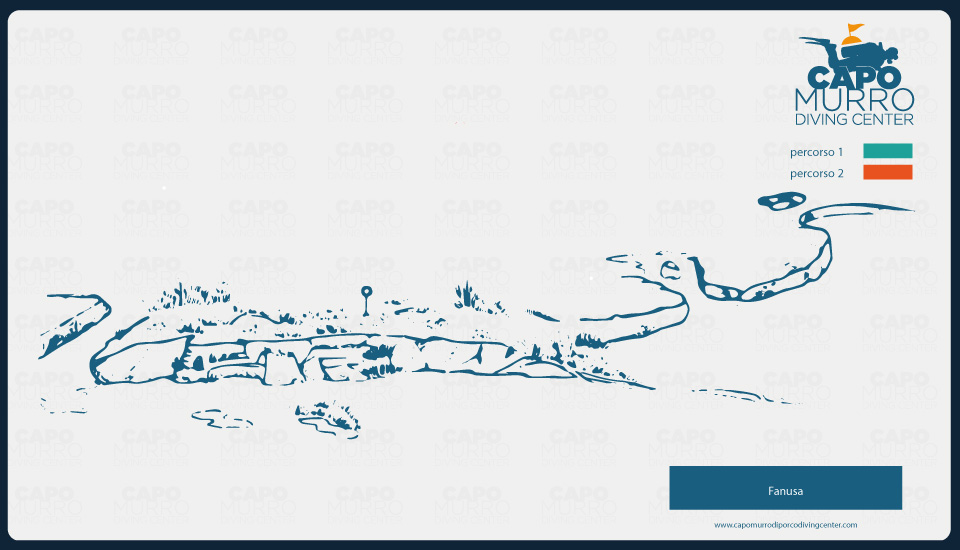 The gulf of Terrauzza is recognizable by its flat seabea which aside from blocks of rock is covered in a living tapestry of Neptune grass, the home to large White Seabream. At a depth of around 12m, is the start of a little ridge which runs parallel to the coast and leads in the direction of the little island of Fanusa. Close to Fansua, the ridge falls from 18m to 22-24m in depth, in places slanting almost vertically and in others more gradually. All of the ridge is covered in a dense and luxuriant coat of Neptune grass. The ridge is interrupted in various point by canals which run off at right angles.