The ridge of Cape Meli

Zona B in the ’Area Marina Protetta’ (protected marine area)

Low for both routes
High for the caving route 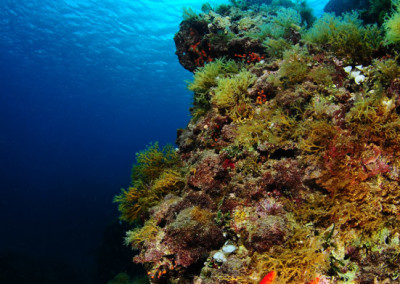 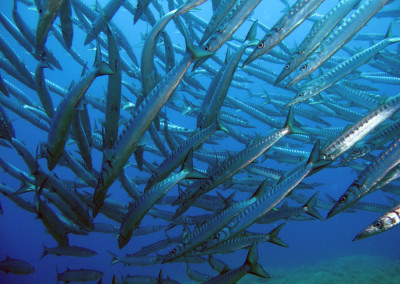 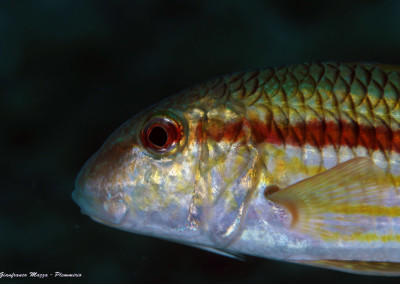 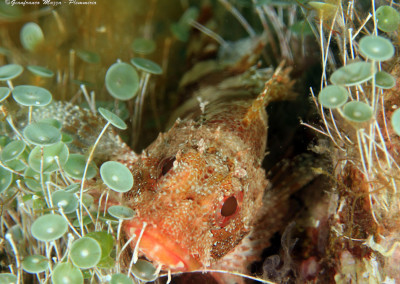 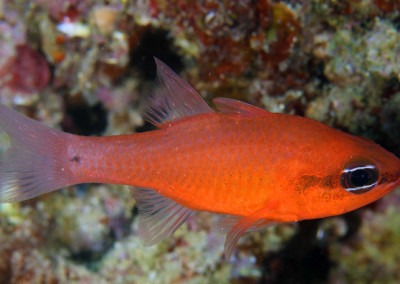 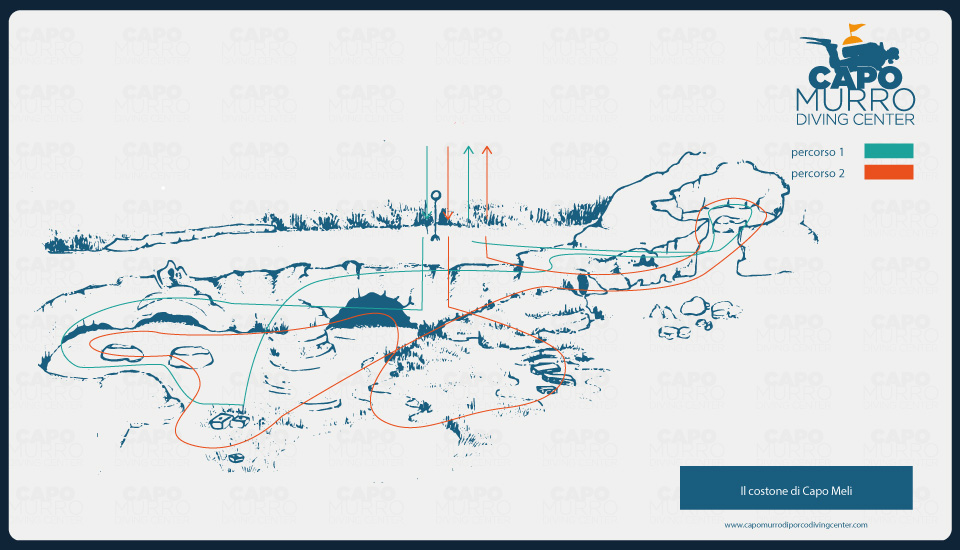 The site of this dive falls within zone B of the AMP (protected marine area) close to the Cape which gives it its name.
From the top of the mooring buoy we go down to a chalky plain at a depth of 12m, characterized by numerous patches of Neptune grass. Heading in the direction of open sea, after a few metres we arrive at a vertical fringe which sinks down to 20m to a seabed which in some places is sandy whilst in others is covered in a lawn of Neptune grass. Here on the edge of the lawn, we can see three large quadrangular blocks of stone which were once used to weigh down the nets belonging to the Tonnara of Terrauzza. Near the white sandbed we can encounter numerous examples of acrobatic fish, which on being disturbed dart to hide under the sand.
Heading back to the coastal ridge, directly in front of us is a large semicircular entrance to a cave. Under the archway we can see thousands of Sponge, numerous branches of False Coral, Trine and Yellow Madrepores. Following the ridge, keeping it to our right, we find large horizontal crevices where colourful sponge often lend refuge to Grouper and Rockfish. Within these many cracks it isn’t difficult to spot crustaceans and molluscs. Near to the ridge and almost completely hidden by Neptune grass, we can find Pinna nobilis (Fan Mussels) and three large blocks of rock each with a central hole- ancient lithic anchors. This is the signal point for the start of our return journey, which we make keeping the ridge to our left. Here with a little luck, it is possible to spot through the Neptune grass examples of Greater Pipefish.
Reducing our depth we see a canopy of rock, a hiding place for Grouper, and an ample sized passage which leads us to a rocky basin surrounded by colourful vertical walls laced in Orange Madrepores and varieties of Sponge. This is a hot spot for Rockfish, Octopus, Pandora, and Bream. Upon leaving this basin, we follow the ridge back to the mooring buoy. Before rising to the surface, we circle the plain close to a landslide, where at certain times in the year is is possible to meet hundreds of Baracuda who do not mind us taking a closer look.
For divers who are trained in underwater caving it is possible to explore inside the cave. Having gone through the entrance, taking care not to disturb the silt on the bottom of the cavity, following the ropes which are fixed along the walls, after a few metres it is possible to see vast stalactites hanging from the roof. Concrete evidence of the sheer age of the cave. The ceiling here is white in colour thanks to the flow of fresh water which is present to this day. The fresh water does allow encrusting organisms to take root thus we see the bare white chalkstone. The constant incline of the right wall after some ten metres leads to a small circular dark room. Following the left side on the other hand, we reach the entrance to a long and narrow corridor, equipped with its own hazard sign, which is approximately 7metres long. This leads to a second opening slighty smaller than the first. Here on the futhest wall we find a so-called ‘Alter’, a calcareous tabular concretion of large dimensions upon which there are a multitude if stalagmites. This area has been used in a piece of research sponsored by the University of Catania. Behind the alter, another area approximately 10metres in length can be found. This is the back of the cave which in total spans out over a distance of 70m. 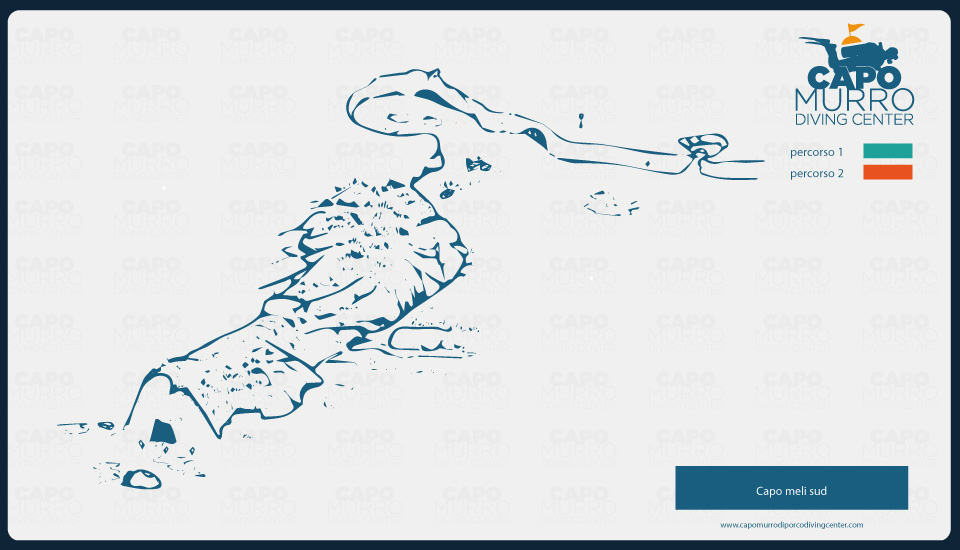 Keeping the wall to our right we continue for about 100 m along a tongue of rock, which from a bed of 25-30m rises to 12m before falling away again to 20metres. This length of rock culminates in a small cave, a short distance away from the main entrance and contains a large boulder which rests at a depth of 30m. Swimming around its tip and having swam through an area with sand and Neptune grass where we can see examples of antique Admirality anchors in lead, we reach the opening of Cave Mazzare. This diving spot is better known as Mazzere del Plemmirio.