Zone A in the ’Area Marina Protetta' (protected marine area)

Medium for both itineraries
High (when a current is present)

Good / sufficient (if there is a southernly current) 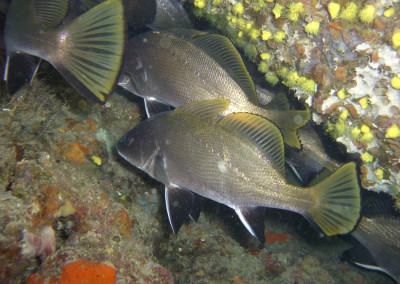 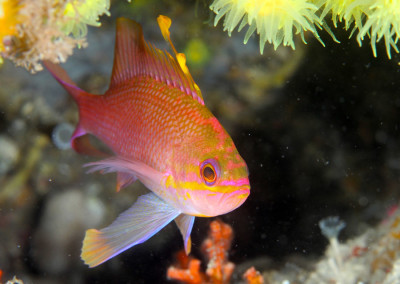 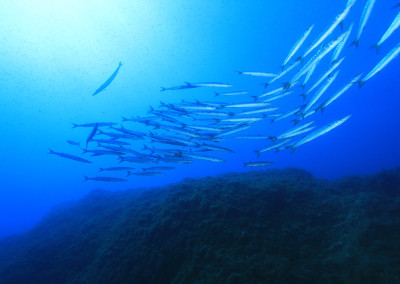 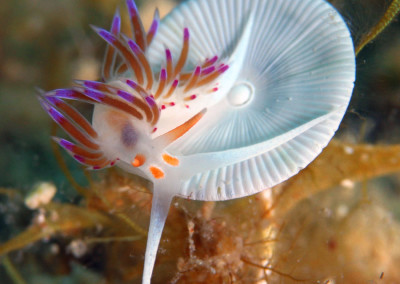 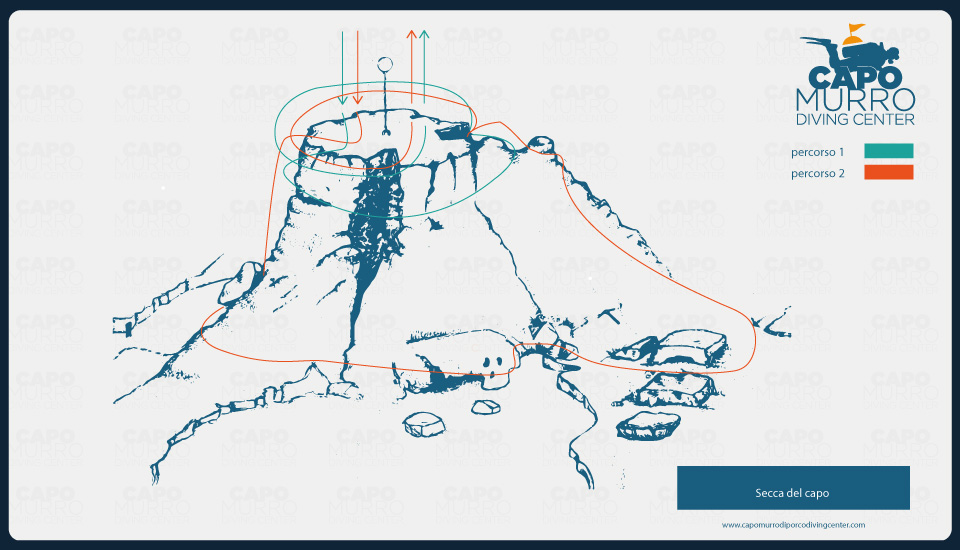 Secca del Capo found right at the heart of Zone A of the AMP (protected marine area), a short distance from Cape Murro di Porco. The rich fauna which inhabits its seabeds allows divers to make unsual and unforgetable encounters, thus making scuba diving in this area a truly exhillarating experience. A fundamental element of the Secca is the current, which can be very lively. The current has a direct influence on all the aspects of the dive. Its presence determines the wealth of life on the seafloor. Its direction influences the transparency of the water, which is worse if the current runs towards the south. Futhermore, when it is particularly intense, the dive is only suitable for experienced and well trained divers.
In terms of its form, the Secca is reminiscent of a rocky panettone which rises from a depth of 33metres to 13 metres below sea level. The summit, which is flat and often visible from the surface, extends the length of a tennis court.
Diving down from the top of the mooring buoy, upon reaching the peak of the Secca, we move along its northern face which looks out in the direction of Siracusa. Here divers pause for a while right on the edge of a deep gully, which falls vetically below. Eveloped in shoals of Damelfish, it is a prime opportunity to admire and take in the area’s numerous wonders; Barracudas immobile in the current, huge Brown Grouper and Sea Bream.
Heading along the northern face, after about 18 and 20 metres, we encounter clefts in the rock which are rich in crustations and sea life and are often the hiding place to Flat Lobster and Grouper. A little further on, we reach a large outcrop nestled into the sand at a depth of about 31metres and inclined towards the wall of the Secca. Here we can take a closer look at larger Barracuda, Grouper and Brown Meagre who have made this cavity underneath the rock their den.
At this point in the dive there are two different itinaries based on the maximum depth a diver wishes to go to. Infact, it is possible to continue the dive along the bathymetry of 18-20metres or reach the sandy shorebed upon which the secca rests at total depth of 33metres.

The deeper dive runs through a rocky arch which is densely populated by a whole host of crustations and marine life. From Yellow Madrepore, Sponge and Bryozoa, it is also common to see the Flabellina and Cratena species of Nudibranchs. Along the walls, wonderful examples of Moray Eels poke their heads out from the crevices in the rock. Moving away from the outcrop, on the perifery of the sand bed we come across a a series of flat rocks. Here, between two of the larger rocks is the opening to a corridor, which on the left forms a deep den, a haven for Brown Grouper, Brown Meagre and Musdea.
Returning towards the Secca and rising along its wall, we swim through a gully which runs to a depth of approximately 20metres. On its right a rocky pinnacle juts out of the rock. Here we find ourselves within a canal which slants upwards almost to the summit of the Secca and leads to a den which is a hot spot for Grouper and large Moray Eels.
From here we swim up to the top of the mooring bouy making sure not to get seperated.
For the shallower dive the itinerary runs as follows. Having faced in the right direction and followed the dip facing north to a depth of 18metres, we arrive at a vertical wall covered in a dense carpet of Orange Madrepores, which extend along the wall to approximately ten metres deep. Continuing along with the panettone shaped outcrop on our left, we will be surrounded by dozens of Stone Bass and large Bream. Here we find our way back to our initial route. We round the final part of the secca and rise back to the top of the mooring bouy reaching the surface.