Zone B in the ‘’Area Marina Protetta’ (protected marine area)

Low for both routes 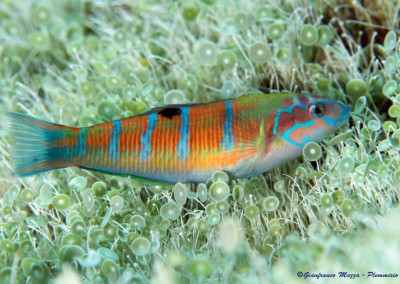 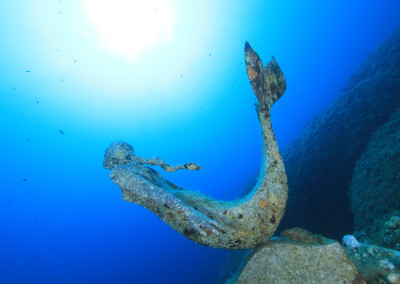 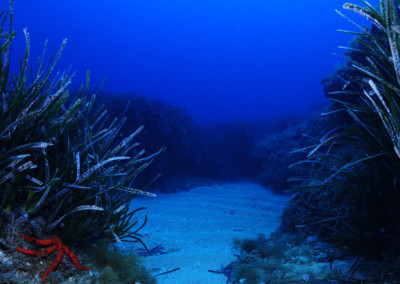 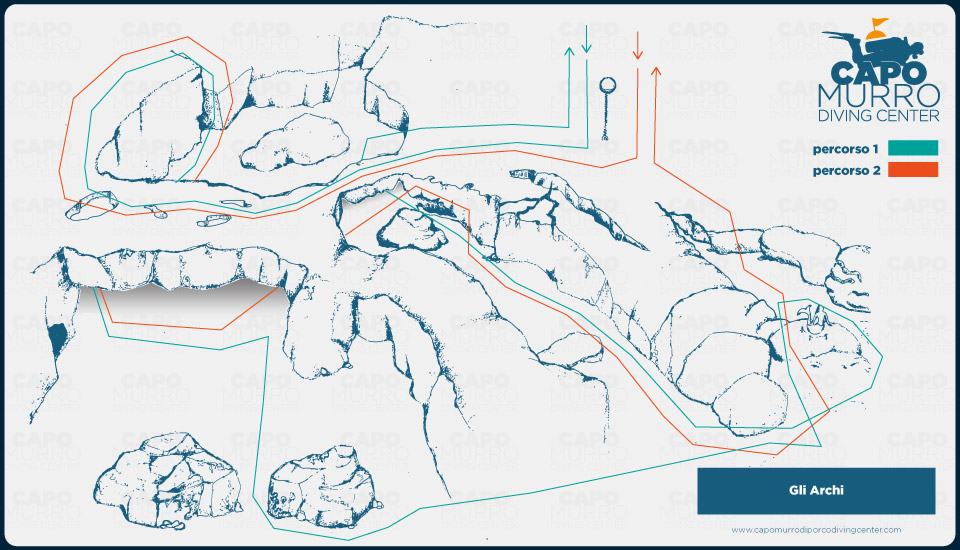 A wall dive suitable for all levels of divers as it poses no real difficulties.
Diving down next to the mooring buoy to a depth of 12m, we arrive at a plain of white rock covered in Peacock’s tail seaweed and Caulerpa Prolifera.
Moving towards the west, keeping the coast to our right, we find ourselves in a circular hollow which is four metres deep. The southern side of which is identifiable by its two large arches.Heading under the smallest of these, on the left we come across a crevice in which houses numerous Cardinal fish
In front of this fissure at a depth of 17m is a large circular rock under which Grouper fish and Brown Meagre can usually be seen taking refuge. From here, a large canal opens out which steeply leads down to the sandy floor laying at 28m below. Its walls are covered in numerous cracks which are filled with a hub of life forms, multicoloured crustaceans and organisms.
At the end of the canal, at a depth of 18m, following the corner round to the left we come across a bronze statue of a mermaid which was dedicated in the memory of Rossana Maiorca, the daughter of the great Siracusan Free Diver Enzo Maiorca, who sadly departed this world in 2005. Like her father, Rossana was also a champion diver other than being the first woman to use a monfin whilst acheiving her records. For this reason, the face of mermaid statue bears her features.
Having rounded the right wall of the canal, we now turn our attentions to the opposite side of the larger arch. Here on the sand we can come face to face with Flying Gurnard and Sting Rays and within the cracks and crevices can spot Grouper. It is also common to see large shoals of Banded Sea Bream in this area. .
Swimming under the arch we can appreciate the wonderful light display which filters through the numerous openings in its the roof. Under the largest of these we find a statue of the Madonna.
Here the walls are entirely covered by thousands of highly colourful species of Sponge. During the warmest months of the year some of the sponge are in their budding phase in which they can be seen to grow longer and start to colour towards the bottom. Other than Sponge, there are vast numbers of Yellow Anenomes making the wall look like a starry sky.
Coming out on the Northern side, we head left and up to the pianoro at 12m. Passing above the two arches, we come across shoals of Salema, Saddled Seabream and Damselfish. We also witness a phenomena of millions of tiny air bubbles rushing up to the surface. These bubbles are none other than the bubbles which we produced as we past under the arch which filtering out through the porous chalky rock.
Here we make our way back to the morring buoy. 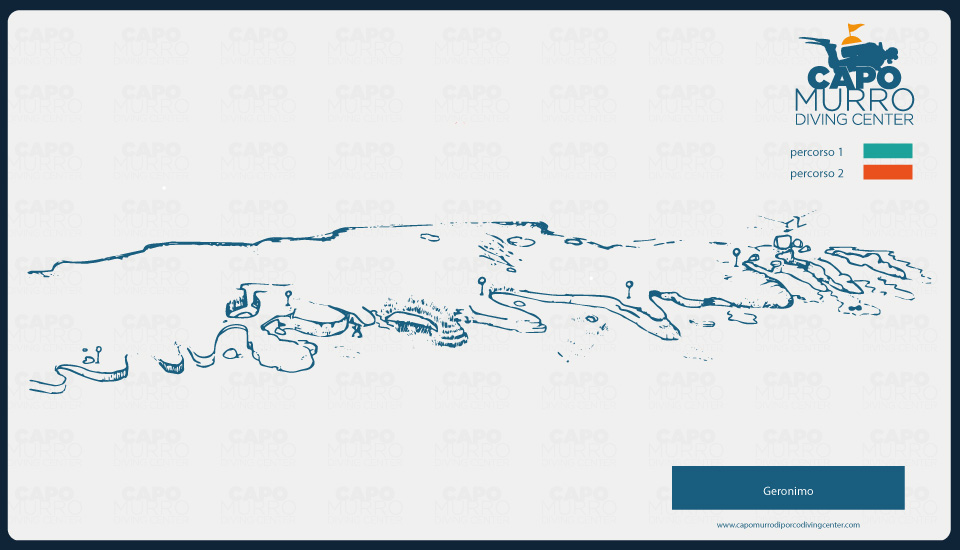 Having swam past the statue of the Mermaid, the sea ridge falls from 18m to 23-25m alternating from vertical drops to more gradual declines or steps. The sea ridge is predominantly parralel to the line of the coast, although some large rocks and coves are directed perpendicularly towards the open sea. A narrow canyon, which starts at a maximum depth of 27m, leads to large blocks of rock at 18m, a hot spot for Bream and Grouper. A vast sandy area and a large ridge which sticks out perpendicularly to the coast for approx 100m leads us to the diving site which is most commonly known as “le moto” so-named thanks to the wrecks of old motorbikes and cars which sunk there in the 80s 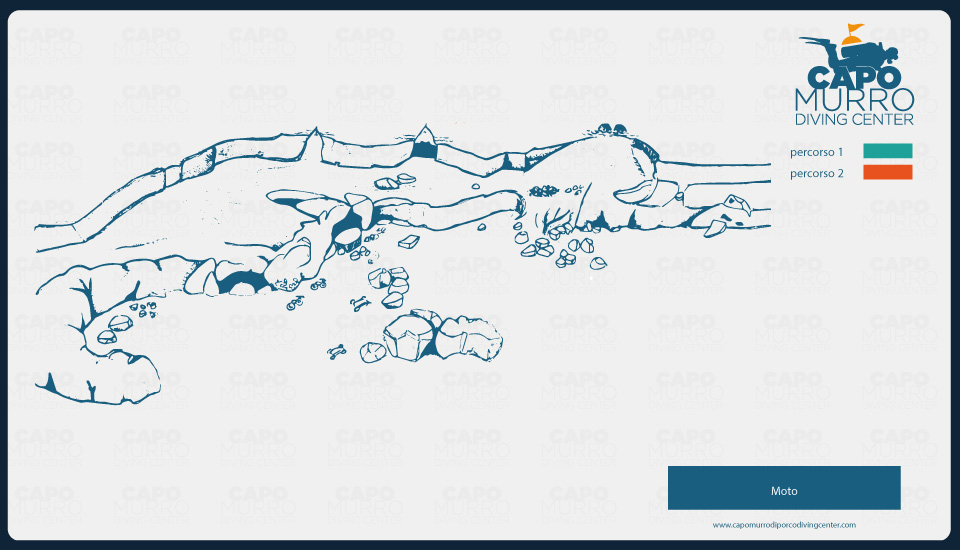 The ridge in this tract is at a depth of between 12 to 22-24m and is characterized by fissures and crevices frequented by Bream and Grouper. After evidence of landslide, the walls lead to the final part in our journey the western side of the ‘Lingua di giante’. Close to the landslide, on the surface are the openings to two communcating caves. A little bit futher West along this line of the coast, starting from the surface of the water down to a depth of 6m, is the mouth of a cave which contains an air bubble and is covered in small stalactites.