The caves of the cape

Low for both routes
Medium (with the presence of a current)

Good / sufficient if a southernly current is present 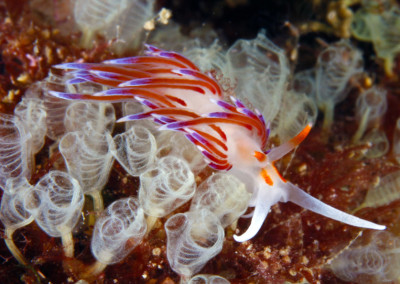 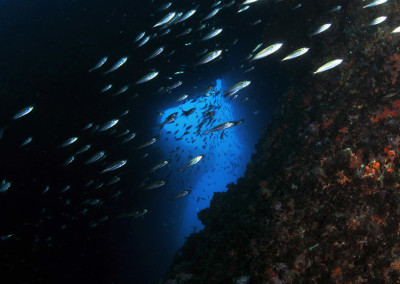 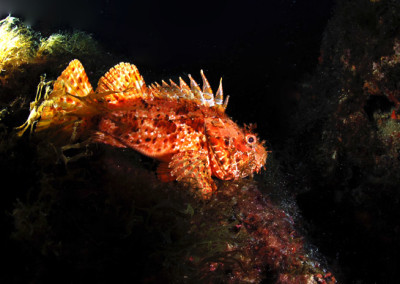 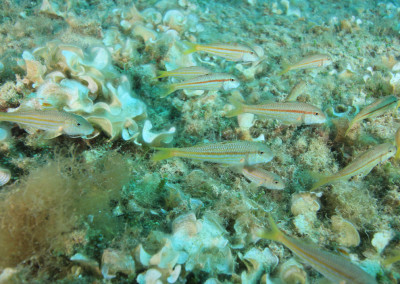 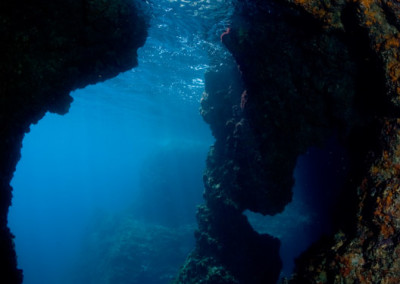 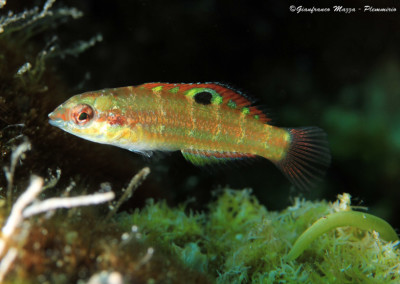 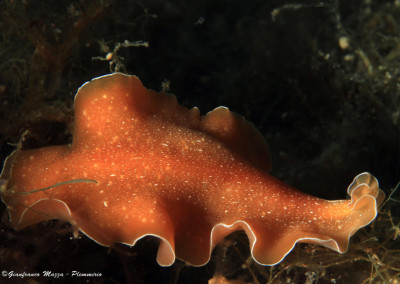 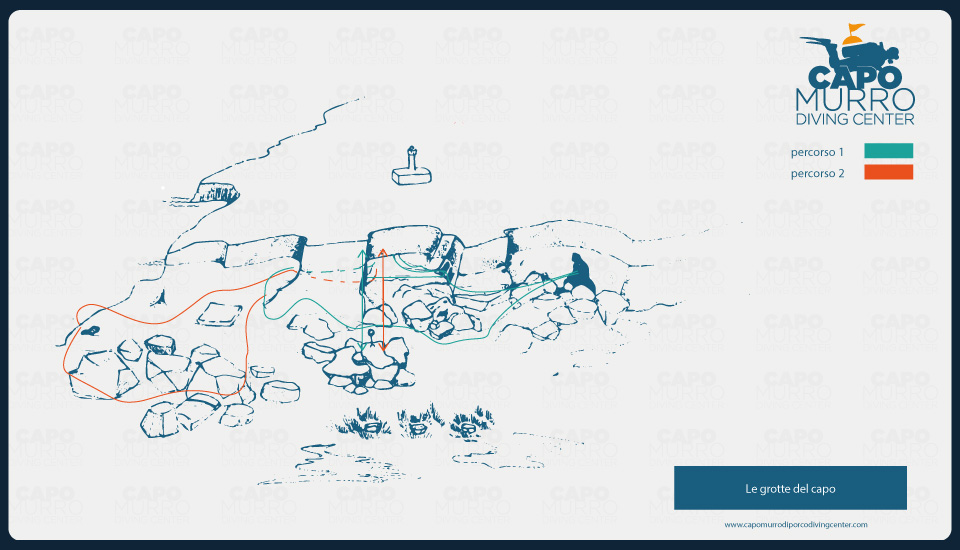 This wall dive presents no particular difficulties, thus is suitable for all levels. However, it is always recommended to check for the presence of an eventual current and to keep an eye on the maximum depth planned for the dive, as the bottom of wall lies at a maximum depth beyond 30metres.
The dive starts out through a passageway, which runs along in corrispondance with the face of the cliff. Just under the surface, the opening to a large deep corridor which from 8-10m takes us to a depth of 16m. From here in front of us we find evidence of a landslide composed of large rocks which are scattered over a dozen metres. Swimming admist the rocks we can see Bream, Salema Porgy, Saddled Sea Bream and Grouper. Heading in the direction of open sea and on the edge of the rocky area, we can peer into a crevice positioned between two of the larger rocks to see a huge den which hosts a large shoal of Brown Meagre.
At this point in the dive, we head in the direction of Capo Murro di Porca which lies just beneath the surface of the water and descends to a depth of around thiry metres. Rounding the Capo (the cape) and after a few metres swimming along the with the wall to our right, is the entrance to a thickly encrusted passageway at about 24metres. Within the passageway, it is often possible to see large Dusky Grouper. Swimming up a gap which slants upwards through the rock, we find ourselves back on the other side of the cape. Pinpointing our direction, other than the entrance to the passageway, we can see the wreck of a fishing boat which lies below at around 30metres. The vessel which was called the Maestrale was 16metres long and sank on the 13th December 1995 due to the poor weather conditions on the day
Keeping the wall to our left, from here we retrace our route. Reducing our depth in the side of the cliff we can see a large volcanic chimney opening out. Close to its opening there is an exemplary Cerianthus which is completely white. Continuing along the wall, having swam back through the initial corridor in the opposite direction, we come across two caves we span to a depth of 5metres. Thanks to their ample size and characteristics these cavities can be explored in complete safety. They have no twists or turns, are well illuminated and do not have clay on their floors. What is more, our air bubbles do not cause any damage to them as the vaults of the cave are outscropping and exposed to wave motion, thus unihabitable for encrusting organisms. The first cave, after an initial straight tract and an elbow shaped curve, leads to an area characterized by the presence of a karstic column. Here under the torchlight beautiful examples of Cerianthus show themselves off in the rays. The second cave on the other hand, due to the influencing factor of the motion of waves which lap against the rocky walls, is almost free of forms life. Rays of blue light which stream through the mouth of the cave are reflected in the airbubbles under the vaults, casting a spectacular show of dancing light.
With the second itinerary for this route which takes divers to a maximum depth of 18m, allows for an exploration of the opposite side of the cliff face. After the innitial corridor, we keep the wall on our left and reach an area covered in large rocks. After twelves metres or so, a gap in the cliff lead us to the entrance of an underwater cave which is found at a depth of 12m. The cave ‘Pancia di Ivo’ is very large and wide. It’s rocky floor reaches down to 18m. On the floor of the cave a vertical crack houses Brown Meagre. This fissure leads to the surface through a chimney in the cliff. Sunlight filters through this gap. Having left the ‘Pancia’, keeping the wall to our right, we arrive at the two caves described above. 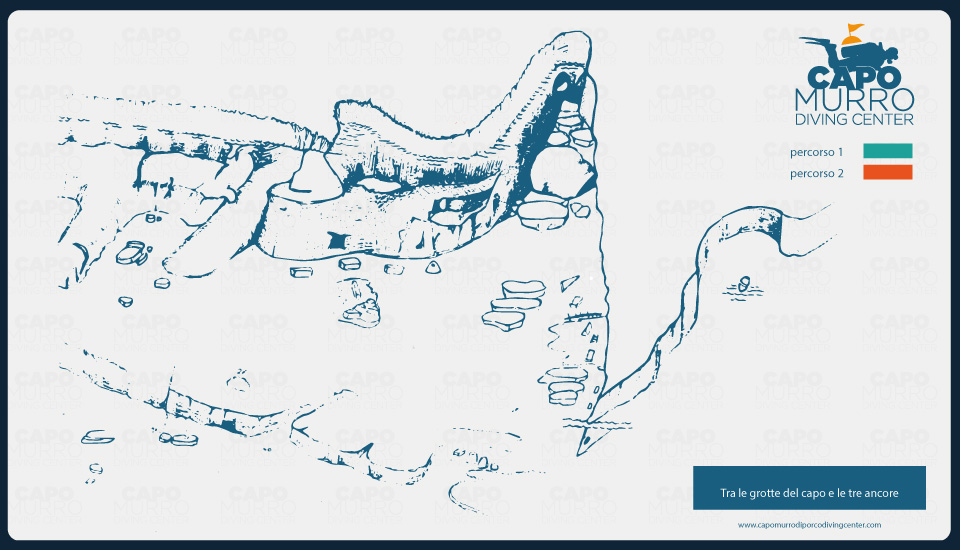 Just past the wreck of the fishing vessel off the eastern tip of Capo Murro di Porco, a large canyon of a depth of ….m takes us back up to the surface.